For the first time in 2022 ORFL met Instituto Terra and decided to support their cause. Founded in 1998, Instituto Terra was the idea of the Salgados to try to restore farmland to Atlantic rainforest. They turned their 608.69 hectares over to the state to be labelled as part of the Natural Heritage Reserve with the commitment to be re-forested. Students from Aimores, Minas Gerais helped the plant the trees. They also wanted to Institute to be an educational hub for surrounding communities to share the knowledge they learnt from planting the trees.

Their first investor was Funbio, Brazilian Biodiversity Fund. Vale Natural Reserve supplied seedlings from 1999 – 2002 until the institute got its own nursery. The Salgados wanted to create Instituto Terra as a pilot to be copied around the world. Their forest was planted 24years ago and is one of the oldest planted forest in Brazil. They are the only institution that can plant and reforest in such arid land.

The Institute focuses on

This year they plan to plant 200,000, next year 350,000, after 600,000 aim 800,000 trees per year. Zurich has promised to finance 1million trees. The institute has managed to buy 370 hectares. Their two neighbours have 4000 hectare’s and they want to buy the land so they can start planting trees in November the grow season. They plant 1600 trees per hectare with 40 different species. The first 400 trees they plant are the colonisers and some take 40 years to reach maturity, others take 100 years to reach maturity and can live for 1000 years. They now have a 97% tree survival success rate.

In 2002 Instituto Terra opened the Center for Environmental Education and Recovery CERA. This was to teach forest recovery and conservation. They also wanted to create the Center to contribute to process of environmental recovery and sustainable development of the Atlantic forest. In 2005 they opened the Center for Studies in Ecosystem restoration NERE. It provides technical and practical training for agricultural, environmental and forestry technicians. It is also to teach the recovery of degraded areas. There are 20 spaces on this course and the students live on site at the Instituto Terra.

7 farmers have agreed to host the Agro-forestry trial. Some of these farmers were the first who tried the water restoration. They want to create a stamp that shows food was grown in a sustainable way in the forest. A stamp the represent bio-diversity. Things that can be grown under the forest are things like cattle, coffee, cacao, rice beans and crops.

We went to see one project started in 2017 to restore a water source. An employee who works for the land owner planted all the trees that Instituto Terra provided. He also decided to plant fruit trees. Eventually he got the idea to raise bees to harvest honey. With the fruit trees and honey, he managed to increase his income by 30%. When there was a drought this water source stayed, the farmer was proud of his water source. A second water source they didn’t plan to create also appeared.

Finally, Mr Salgado has put together two major fundraising galas in New York and London to set up an endowment for the Instituto Terra.

At 7.30am the workers at Instituto Terra start their day with a meeting, they have an update of what is going on and end with a prayer. They talk about safety and how lucky they are with no accidents.

They have a lab where they have equipment that allows them to study seeds and the conditions to best allow them to sprout. Some seeds they collect will not sprout straight away but when they found seeds from the same species of tree that was 15 years old these would sprout. They also preserve and store seeds in cold temperatures to save them to plant in the future.

Here is a photo of their nursery. They grow the saplings here until they are mature enough to plant and also in time for grow season. They have 65 species of tree.

Below is photo of the land where they have planted the 2.5million trees. You can see the trees have come back. The BBC did an episode of green plant showcases the institute. They set up cameras around the reserve. This captured animals such as fauna and pumas, showing animals who are endangered are coming to this reserve.

Since 1998 they have learnt a lot about planting trees. Now when they collect the seeds from the trees on the institute they make sure to label where the found the seeds, if the seeds were on top of a hill they make sure to label this is where they were harvested so they plant the seeds back in a similar terrain to where they found them. They also saw even if they planted the same species of tree next to each other one may die and one may live, they are studying why that is.

When they dug up the earth as well they could see the roots in the earth where they had restored forest. In their neighbours earth there was no variation in soil colour. They also dig these holes for when it rains these catch the earth and water so it doesn’t wash away.

In conclusion I thought they were doing great work. They want to find how many trees it takes to create rain now that they know how many trees it takes to create/save a water source. I think it is great they are creating an endowement and Sebastian Salgado is doing this through selling his photography and other items in his posession. I also like that they are learning all the time and work with the local community and get support from all over. We asked what their most urgent need is and they said modernisation of their nursery with an irrigation system. ORFL supported them with this. We are proud to support Instituto Terra. 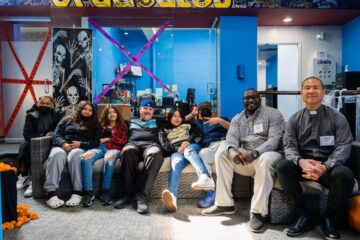 Learning Works and Youth Re-Entry Program 15 years ago, Father Greg (founder of Homeboy Industries) needed a school that did not let kids drop out so he found Mikala Rahn. In 2008 Mikala started a Read more… 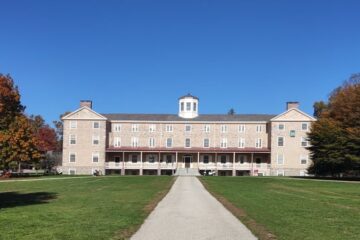